Rival gaming software was introduced in the gaming world in the year 2006 after extensive development and research from a team of gaming experts. The initial objective of the developers was to offer an E2E casino betting solution that would enable the casino owners to uphold a-design front-while at the same time allowing the Rival to handle all the number-crunching required in casino-based. Cocoa, Vegas and Paradise-8, DaVinci’s and Gold were the first casinos that Rival opened after its introduction in the gaming industry.

What triggered Rival’s fast success was its variety of ‘I-Slots.’ This was a new concept for online slot machine such that games became interactive unlike in the past where they relied on the unending static play. Developing stories would unfold when players were active and would reveal more stories as they continued playing the game. By 2008, dozens of Rival casinos had opened, and the number rose to 50 by the year 2013.

However, the gaming company suffered a major blow in 2010 when dozens of phony casinos were opened using the Rival software. This challenge taught Rival developers a hard lesson which made them more cautious when awarding the licenses. As such, fake Rival casinos were defeated, and the developers managed to regain their impeccable name again.

In this game, players are the characters in a storyline that is glossily animated where they interact when playing. This makes it immersive and rich as the player’s complete several rounds of the interactive slots. Moreover, you can play the game freely, and gambling is not a must for anyone who wants to enjoy the iSlots.

Slots – Rival became the first gaming company that attempted to take the slots outside hitting the spinning button and watching it as it reels. Their range of iSlots features progressive storylines which are revealed when the game is ongoing. The games follow a similar basic pattern, have an applet for chatting that allows you to have a chat with your parallel slot players when the reels are spin. The best Rival games include Summer Ease, Secret Garden and Hole in Won.

Video Poker – All Rival powered casinos have seven versions of the video poker. However, they are not the best when compared to other games that are found in this gaming software because they hardly play, sound or look great. Its RTP is at a range of 98-99% covering common varieties like Deuces Wild, Joker Poker, and Jacks.

Table Games – This gaming software has decent ranges of table game although the titles are limited in numbers. By playing at a casino that is powered by Rival, you will have a chance to enjoy Blackjack (has two versions), baccarat, roulette, and crap (also comes with two versions). Moreover, other rare games like red dog and casino war are available.

Other Games – Rival is unique among other casino games software because it can provide gambling versions of a few number games like Sudoku. However, its features are not the same with versions that you find in magazines and newspapers. Additionally, it can provide the players with scratch card competitions that are available in small number.

Rival is compatible with devices that use Macs or windows. The ability to download the software to mobile and computer devices makes it accessible and convenient to many players. It comes with rich graphics, great sound effects, and superb animation which creates an exciting and inviting environment to play it as a favorite casino game. Their website has a simple interface that makes it navigation more pleasurable and simple giving you an amazing experience.

A software for fraud prevention is developed by the company responsible for casino software which detects and combats it automatically whenever fraud is about to occur. It safeguards the casino and its players from fraud by using a fingerprint system known as Identiprint. It monitors every connection using 128bit SSL technique that tracks and records all the transactions. The gaming software is incorporated into a random number generator that generates a random outcome.

With more than 150 games in its arsenal Rival Gaming has a become to be a developer powerhouse. That’s true especially for slots where they seem to do very well. Their i-Slots platform is a home for great progressive games that are available on casinos throughout the world.

To enjoy the wide selection of Rival’s games try the following online casinos: 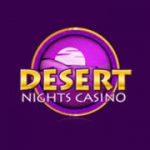 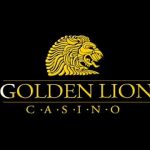